The demise of Earls Court, one of the UK’s most famous exhibition venues, looms ever nearer after the practicalities for its demolition were approved by the London boroughs of Hammersmith & Fulham.

Hopes had been revived to save the venue after Labour took over Hammersmith & Fulham council in the June local elections. The party pledged to review the plans to redevelop the site the current exhibition halls stand on.

However, the government chose not to call-in the approved scheme for a public enquiry, removing potentially the biggest legislative challenge the scheme could face.  Council planning officers then used delegated powers to approve the specific demolition and waste management plans. 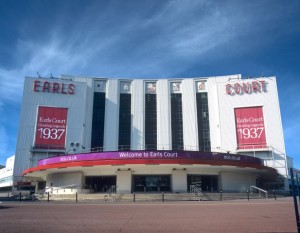 The Earls Court scheme will create 7,500 homes and 10,000 jobs and bring £450 million in community benefits and improvements to the local area, including new roads, schools, health centres and transport improvements.

The Association of Event Organisers has led strong opposition to the scheme.  Sadly, it looks like the demise of this historic venue is now sealed which is a great shame.  Everyone here at 200m2 loves Earl’s Court.  As one of the leading exhibition companies in London, we’ve built lots of exhibition stands there over the years.  We’ll be very sorry to see it go…