The American President (Barack Obama) and the German Chancellor (Angela Merkel) visited the exhibition stand of the ifm group of companies at the Hannover Messe on 25 April.

During their opening tour, the President of this year’s partner country (the USA), enquired about the medium-sized company’s strategic orientation. In response, Michael Marhofer, Chairman of the ifm Group explained “We develop today modern sensors, systems and software that communicate with each other according the principles of Industry 4.0 and that trigger and control processes”. 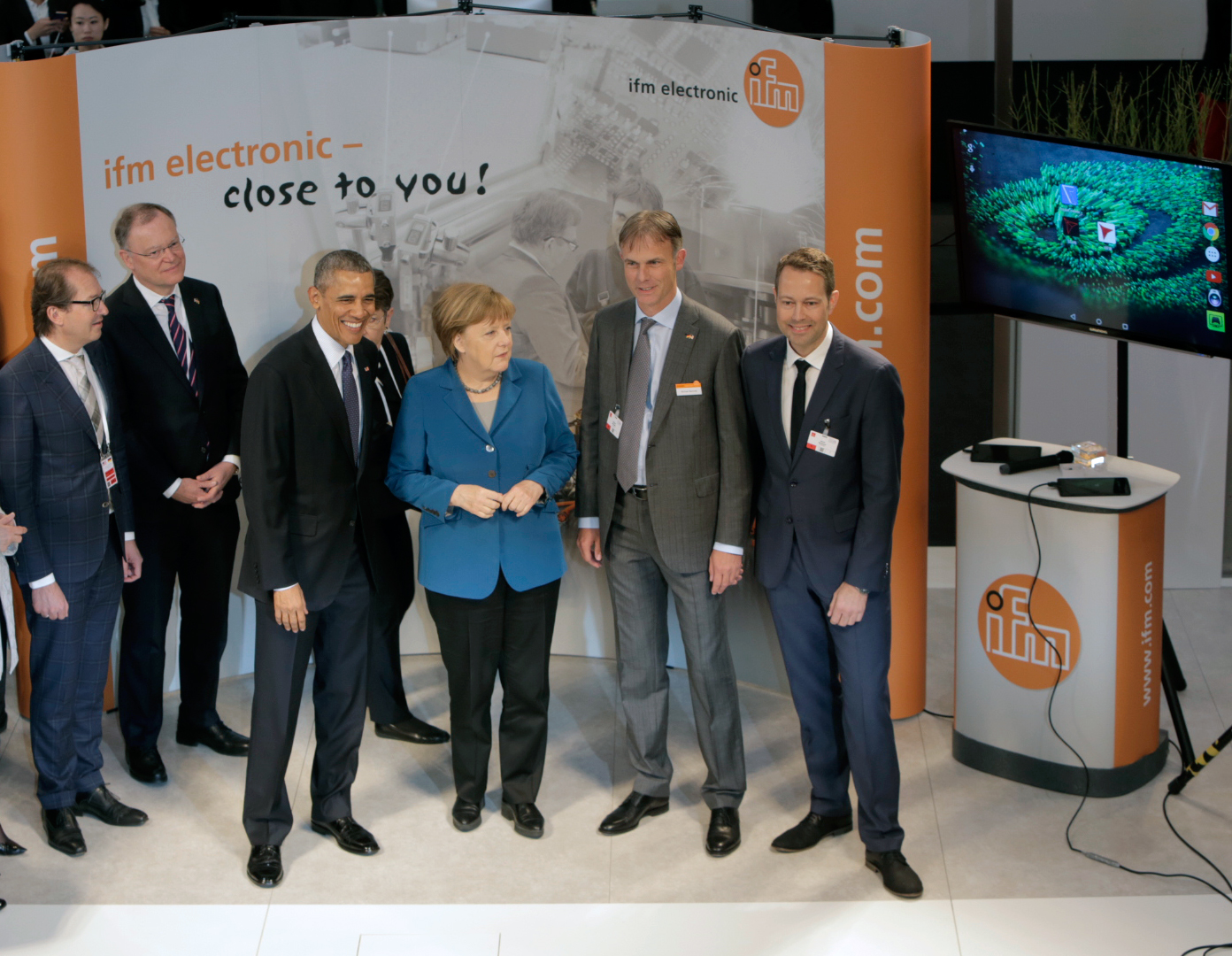 The ifm group of companies is considered to be one of the world market leaders in its industry. Very early, the company also made progress at an international level. Chancellor Merkel and President Obama as well as the other delegation members were particularly interested in the new 3D camera systems for quick identification of 3D scenes and automatic object recognition. Mrs Merkel and Mr Obama also tested a 3D ‘virtual reality’ camera developed by the ifm subsidiary pmdtechnologies. “It’s a brave new world.” said Mr Obama after a successful handshake with Mrs Merkel in virtual space.

For the Hanover Messe exhibition, ifm used a curved ‘pop-up’ exhibition stand very similar to our own Centro model.  Quick to dismantle, our Centro displays can be packed away in just a few minutes into the wheeled carry case which converts into a counter (like the one in the photo above).

Find out more about Obama and Merkel’s visit at http://www.ifm.com/ifmgb/web/company-news/cnews_a9cghm.html